This update consists mostly of bugfixes and some internal changes. Here are some of the bigger changes (check the CHANGELOG for the complete list):

You can now see what your TCS output looks like step-by-step:

I originally intended to also add the tessellation evaluation shader debugging feature to SHADERed, but I think that it would be pretty time consuming. I'd rather focus on some more useful features (such as the upcoming support for DAP).

The newly added --convert command lets you convert a HLSL shader to a GLSL shader within your terminal: 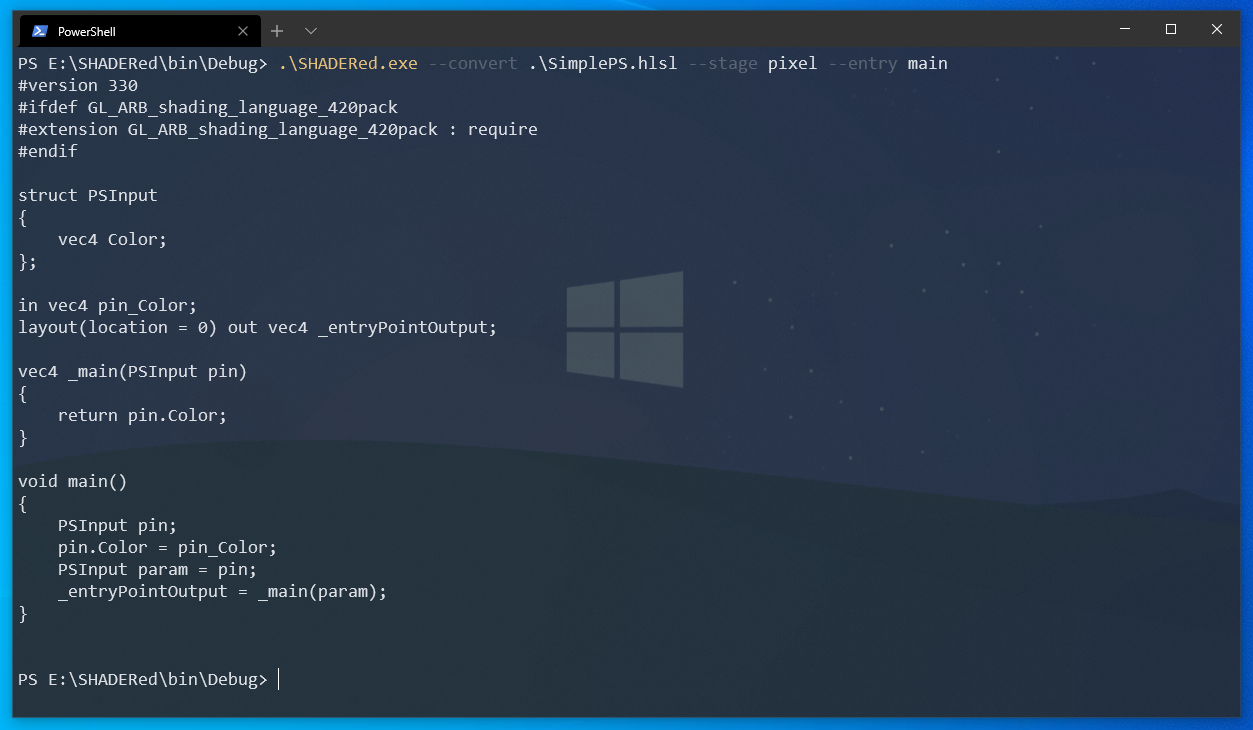 In some cases SHADERed would say that the shader failed to compile, but it wouldn't provide the reason as to why it failed. This was caused when the actual compiler (glslang) successfully compiled the shaders, but the error occured when uploading those shaders to the GPU. This situation is now properly detected and has been fixed: 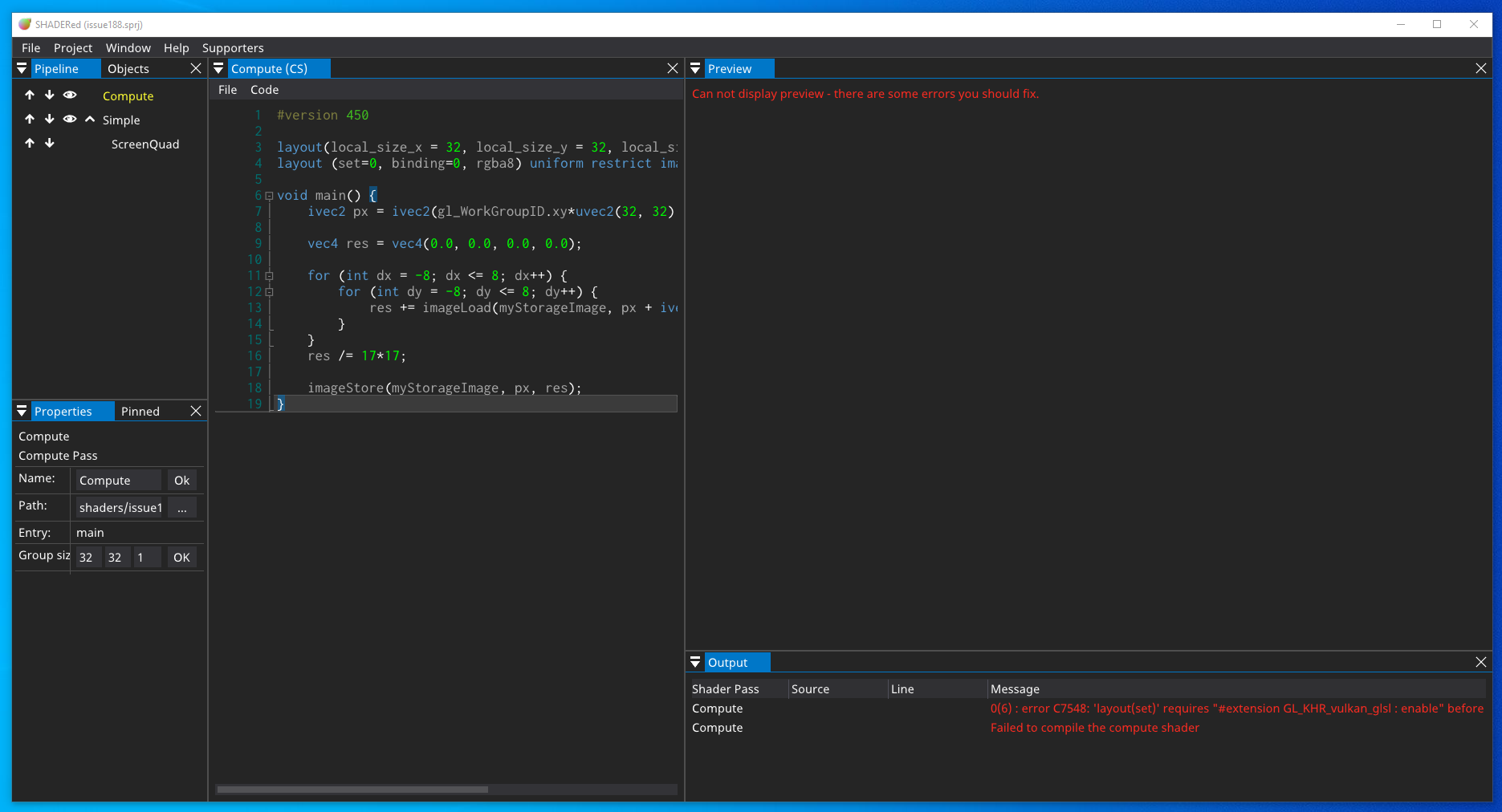 I've got exams coming up so I'll be focusing more on studying in the next few weeks.
I'd also like to announce that I'm slightly shifting my focus to a new project, something not shader/graphics programming related and more commercial this time. I am eager to share more information about this in the future. Obviously, I'll continue working on SHADERed, but I won't be pumping out updates as fast as before.
As for what's coming up in the next SHADERed update -- I will (hopefully) add the support for DAP (so you'll be able to debug your shaders within VS Code) and make some other minor changes (such as: ability to customize the toolbar, ability to switch to vertical toolbar, various fixes, etc...). I aim to release this update in mid/late May.

Thank you so much for supporting and using SHADERed!